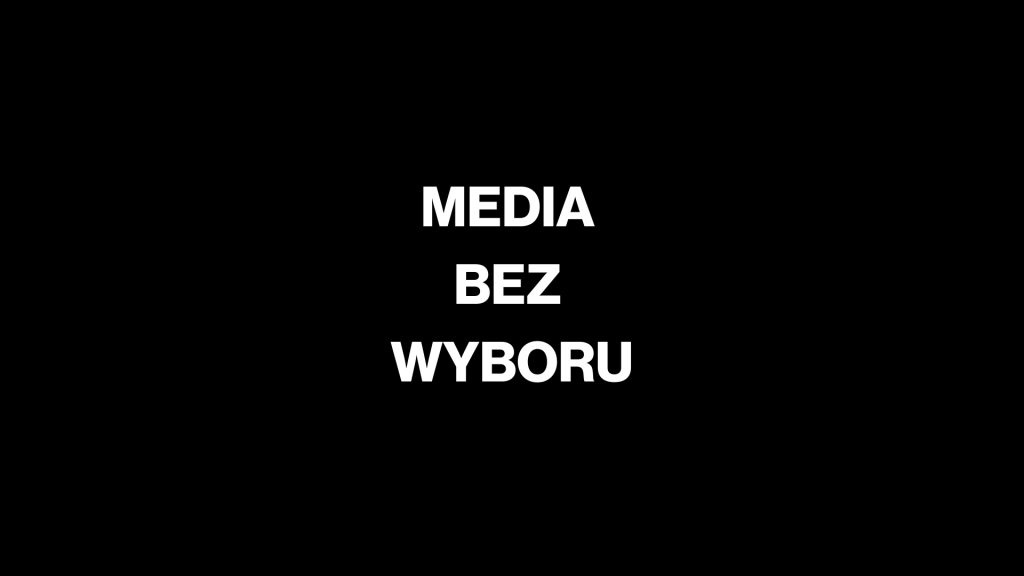 Protests in Poland caused by Polish politics may become a tradition soon. Over the last few months, many protests took place in Poland including protests about equality for LGBTI, protests against tightening of abortion laws in Poland, and the most recent protest was organised by Polish private media as the government wants to introduce a new advertising tax of up to 15%. Poland’s government describes the proposed levy as a “solidarity fee” which aims to raise money for the National Health Fund in order to fight the coronavirus epidemic.

On Wednesday 10th February 2021, Polish people who were prepared to watch the morning news or their favourite morning channel when switching the TV on, all they saw was a black screen with a slogan “this is where your favourite programme was supposed to be”. Many private Polish TV channels and radio stations ran black front pages with the slogan either mentioned above or with a slogan “Media without choice” as part of their protest.

Polish independent media suspended their news coverage. Our TV screens turned black, the webpages are empty, radio is silenced to protest a new advertising levy proposed by the Polish government, which will undermine freedom of the press. #MEDIABEZWYBORU pic.twitter.com/SCzkAiTHDS

Although the Polish government describes the new taxes as a “solidarity fee” which is supposed to help the National Health Fund to fight the coronavirus epidemic, social media stated in their open letter that the new tax is a tribute.

“As the media that has been operating in Poland for many years, we do not shirk our obligations and social responsibility. Every year, we pay an increasing number of taxes, levies, and fees to the state budget (CIT, VAT, emission charges, copyright management organisations, concessions, frequencies, booking decisions, VOD fees, etc.). We also support the weakest groups in our society with our own charity work. We support Poles and the government in the fight against the epidemic, both in terms of information and allocating resources worth hundreds of millions of Złotych (PLN) for this purpose.

Therefore, we strongly oppose the use of the epidemic as a pretext to introduce another, new, exceptionally severe media load. A persistent workload that survives the Covid-19 epidemic.”

Many people claim that the Polish government is trying to control people and take their freedom of speech and their choice away. However, this time it’s also about the choice of what Polish people will be able to watch. Vice-President for Values and Transparency in the @EU_Commission Vera Jourova argues that “Black screens may become tomorrow’s sad everyday reality” she also argues that independent media should be supported especially during the COVID crisis as they are also the front runners in some way.

The new tax may, as a result, weaken or even liquidate many of the media operating in Poland which will significantly limit the society’s ability to choose the content that interests them. It was noted that the Polish authorities are trying to follow the path that Viktor Orban’s government in Hungary had already followed.

The new tax has also raised Foreign comments on the protest of Polish media. For example, former US Secretary of State Madeleine Albright Twitted “We must call this out for what it is – an attack on democracy and the rule of law”.

As someone who cares deeply about Poland, I am alarmed at this latest effort by the Polish government to stifle free media. We must call this out for what it is — an attack on democracy and the rule of law. https://t.co/zsR4qkrD8z

Prime Minister Mateusz Morawiecki has described the levy as part of broader European attempts to tax digital tech giants such as Facebook and Google. However, the Polish proposals would also apply to domestic players in the digital market.